Tallying the Cost of Growing Older

Tallying the Cost of Growing Older 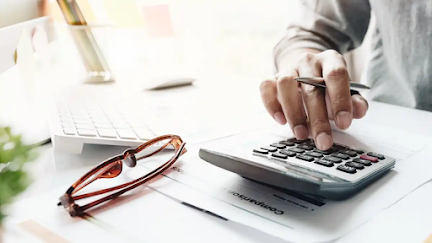 For years, researchers have tried to calculate what proportion of the aging population will need such extensive care. A 2019 study for the federal Department of Health and Human Services found that over their lifetimes, about 70 percent of older adults will need help from family caregivers or paid aides or some combination, in their own homes or in long-term care facilities. Such analyses often don’t distinguish between short rehab stays, and the years of round-the-clock care that is required for someone with deepening dementia.

Policy types perpetually lament Americans’ inadequate retirement savings; only about half of the U.S. population will be able to maintain their standard of living after they stop working. Retirees can also overestimate their need for care, lowering their quality of life with unnecessary scrimping.

Most older people will fall between those poles, with 22 percent having only minimal needs. The largest group, 38 percent, can expect moderate needs.

The need for more intense or extended care hits some groups harder than others. People who attended college for some period fare far better than those without high school diplomas. Married people are less likely to need extensive care than those who are single. They have higher incomes.

Researchers calculated how much care retirees would need, how much they could receive from family and how much they could afford to buy. The study determined that 36 percent of people in their late 60s could not cover even a year of minimal care without exhausting their resources and only 22 percent could cover severe needs.

Low-income people, who are less able to purchase help but more likely to need it, might qualify for Medicaid, which pays for long-term care. But that could mean a nursing home, because Medicaid waiting lists for home care are years long in some states. A few people, about 10 percent, have bought private long-term care insurance. Others will be left in a bind that financial planning can’t really address.

Secure Your Contracting For Medicare with Agility Insurance.

CMS Final Rule Extends Marketplace Open Enrollment to January 15, 2022 On September 17, 2021, the Centers for Medicare & Medicaid Services (CMS) finalized changes that follow through on President Biden’s promise to build on the Affordable Care Act and expand health coverage access for Americans. The changes are the third installment of the payment notice for 2022.   There are many important policy updates that Marketplace agents and brokers should be aware of prior to the beginning of the plan year 2022 Open Enrollment Period (OEP). These include: An extension of the OEP is extended from November 1, 2021, to January 15, 2022, annually for Marketplaces on the federal platform. Clarification for Special Enrollment Period (SEP) rules regarding enrollees who qualify for a maximum advance premium tax credit (APTC) amount of zero dollars. A monthly SEP for APTC-eligible individuals whose household income does not exceed 150 percent of the federal poverty level (FPL). Clarification on t
Read more