Medicaid Is At An All-Time High, But For How Long?

Medicaid enrollment is at an all-time high. Millions may soon get kicked off

Medicaid coverage swelled during the COVID-19 pandemic, with almost one in four Americans now covered by the health insurance plan for low-income people, but as many as 15 million people may be at risk of losing coverage this year as a pandemic rule winds down.

Before the public health crisis, U.S. states regularly reviewed Medicaid recipients' eligibility to verify they still qualified for coverage based on requirements such as state residency and income. The latter varies by state, but is typically about 138% of the federal poverty rate.

But during the pandemic, a provision in the Families First Coronavirus Response Act hit the pause button on those eligibility status checks, ensuring continuous Medicaid coverage for recipients during the pandemic. As millions lost their jobs and often their health insurance, many signed up for Medicaid coverage. That helped swell the program's rolls to a record 76.7 million recipients as of July 2021, which is a jump of 19% since 2019.

That pause on the eligibility status check process is set to come to an end as soon as April, which could throw as many as 15 million people off Medicaid, according to an analysis from Matthew Buettgens, senior fellow at the Urban Institute. The issue is fraught because some low-income people may lose coverage simply by falling through the cracks, such as being unaware that they must provide income verification to continue their coverage under the federal program.

Some health care advocates are worried about the ability of states to handle eligibility checks for a record-high number of enrollees at a time when agency staffing levels may be low, due either to the nation's labor shortage or state budget cuts. For instance, Texas, which added 1 million Medicaid enrollees during the pandemic, has cut staff in its Medicaid division, according to the Houston Chronicle.

Updating one's eligibility requirements can be time consuming for Medicaid recipients, she added. Enrollees who haven't logged into the online system to update their information may have forgotten their password, while the Texas system doesn't allow people to recover forgotten passwords electronically.

Medicaid's enrollment had been declining prior to the pandemic, with the number of enrollees slipping by 3% from December 2017 to December 2019. That was partially due to the growing U.S. economy during that period.

That trend reversed with the pandemic. As the economy faltered and millions of people lost their jobs, lawmakers added a provision to the Families First Coronavirus Response Act that offered states more Medicaid funding in exchange for continuous enrollment during the public health emergency.

Despite the dip prior to the pandemic, Medicaid enrollment had been growing for decades. For instance, the number of people enrolled in 2000 was 34.5 million, less than half of the program's current enrollment. With that has come higher spending, with the program's outlays more than tripling from $206 billion to $683 billion in 2020.

In January, the Biden administration formally extended for 90 days its finding that the U.S. faces a public health emergency. Without another extension, sweeping Medicaid relief will end in mid-April. That means states will need to resume eligibility status checks even amid the jump in recipients.

Another question is what will happen to the 15 million people who are likely to lose coverage this year if eligibility status checks resume. About one-third will likely be able to qualify for subsidized private health care in the Affordable Care Act's online marketplaces, Buettgens' analysis found. Nearly all of the rest are likely to receive health care through their employer, especially given the improving labor market, with employers boosting their benefits to attract workers.

Those families will pay more for health coverage through premiums and out-of-pocket costs, the analysis found. The risks are that those households may choose to opt out of health care coverage because of the higher costs, or else fall through the cracks due to failing to follow-up on their eligibility status check. 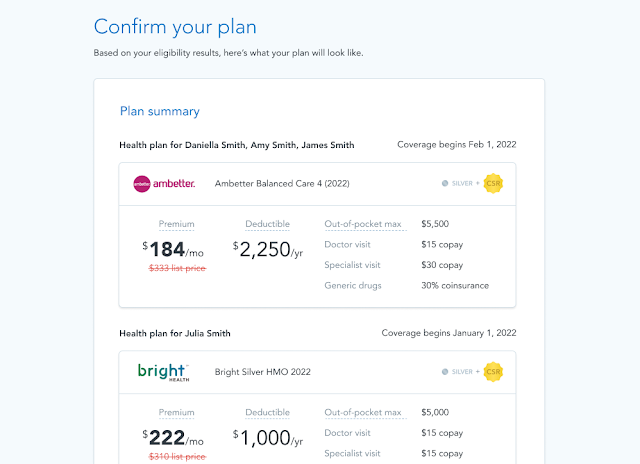